What Is Net Neutrality and Will You Support It?

You might have seen a lot of news or posts online about a term called “Net Neutrality.” The term has been around since 2003, and its practice (or non-practice) in other countries has been happening for quite a while already. However, when the Trump administration sought to remove the laws of the Obama administration that protected net neutrality, more people took a stand between 2017 and 2018 to protect the internet and, indirectly, their freedom of speech.

What Is Net Neutrality?

Net neutrality is the idea that internet service providers (ISPs) such as AT&T and Verizon should treat all data equally and not charge people based on the websites they go to or what platform they use. For example, if ISP X was a company under Corporation X, that also held Website X, people believe that without net neutrality, Corporation X would make ISP X slow down its users’ internet for Website Y, a competitor website for Website X, or even block access to it so that users would go to Website X instead.

It’s Corporation X working for its own interests, and it’s not something that hasn’t happened before in the telecom industry. And what people are afraid of is that, by giving the government the right to regulate the internet, they are hindering their right to freedom of speech.

On the other hand, some claim that net neutrality is destroying the internet. To protect websites and users’ interests, it is best for businesses to charge users unequally and based on how much websites they really visit.

Do you agree the internet should remain neutral and equal regardless of use, or do you think ISPs should start charging more? Read the two main arguments for and against net neutrality to understand.

Those in favor of repealing net neutrality compare ISPs to utility providers such as the companies that provide your water and electricity. You and your neighbor probably pay different amounts of money for your utilities, and no one is complaining. If your neighbor is a house of five that leaves all their lights on at night, you wouldn’t want to pay the same amount if you were living alone, barely stayed at home, and conserved electricity. The more utilities you use, the higher your price goes.

However, this is the opposite of what ISPs are doing under the laws of the Obama administration. Under these laws, ISPs charge the same amount between you and your neighbor no matter if you stream videos 24/7 and your neighbor is an outdoorsy person who rarely uses their Wi-Fi. This, according to those who want to repeal net neutrality, believe this will be bad for business.

The internet is not just a virtual place where you can find cat videos, it’s actually a huge physical infrastructure connecting ISPs with millions of users. Cable and phone lines carry data through this, and it’s called “bandwidth,” but it can only carry so much data. In 2014, Netflix and YouTube consumed over half the data in the entire internet. If you’ve ever shared Wi-Fi with someone using Netflix, you’ll know how slow the internet will get when someone tries to buffer videos.

ISPs are trying to reduce this backlog of bandwidth by offering a “fast lane.” This would be a separate bandwidth dedicated to websites like Netflix and YouTube that use more bandwidth. As a result, the more websites you use, the more you have to pay.

The argument is that if websites have to pay more for bandwidth, they’ll be more motivated to push more data through the pipe. Startups will also start innovating to address these concerns, which results in more efficient, faster internet for the public.

On the other hand, however, those who supported net neutrality believe in fast internet for all, regardless of the websites, at the same price. As mentioned earlier, these “fast lanes” focused on the big-bandwidth websites would make browsing faster for a higher rate. However, if you choose not to buy the higher bundle, you could be restricted from browsing a certain website or at the very least have very slow internet.

To pay for unlimited access, you’d have to pay much more than the basic standard packages because you’ll be paying for the data used by websites. However, several problems could arise when you’re limiting the number of websites you can visit. One of these is that you won’t be able to access newer apps in the market, as well as business websites that are not part of your coverage. Because ISPs are owned by larger corporations, that could, according to net neutrality advocates, give them a right to slow down or block competing websites that go against their interests. And with the government having a hand on the internet, some believe it may be a way for them to block political websites that go against their agenda. 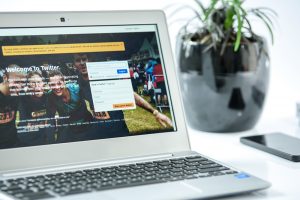 There is also the widely argued belief that removing net neutrality destroys everyone’s right to information and freedom of speech. Twitter is one of the most used websites, so imagine having to pay extra to share your opinions or hear about news as they happen in real time because you couldn’t afford a package that included Twitter. And what’s unfair about this is that, with net neutrality, Twitter has always been accessible. But now you would have to pay to access it.

Despite over half of democratic and republican voters supporting net neutrality, however, Congress and the Federal Communications Commission (the agency in charge of regulating net neutrality) has already moved to repeal net neutrality. And while it hasn’t made significant changes yet, consumers will no doubt start to see changes in their telecom providers’ services, which may (or may not, depending on what you believe) affect their browsing habits in the future.