Struck by Diamonds: How Diamonds Are Mine

The 1971 James Bond film is titled “Diamonds Are Forever”. Do you ever wonder why this is so? Around the world, diamonds are equivalent to brilliance and durability. They are also used in many industries, from engagement rings to cutting tools.

How, exactly, is a diamond mined? And what makes it coveted?

A Background in Diamond

Diamond is a naturally occurring mineral made of carbon and the hardest natural substance known to man. Because of this, diamond is used for heavy-duty tasks like drilling, cutting, and heat sinks. It also has very reflective properties, making it the most popular choice for gemstones for jewelry. A lot of engagement rings make use of diamonds because of their beauty and resilience.

Diamonds are formed millions, even billions of years ago deep beneath the earth, about a hundred miles underneath the surface. The heat and pressure in these depths crystallize carbon, creating diamonds. They then come up nearer to the surface during kimberlite volcanic eruptions. Kimberlite eruptions bring up the diamonds from the earth’s mantle to the surface, and when it cools they become kimberlite ores.

These ores are found in what’s called the kimberlite pipes. These pipes are found in the Earth’s crust as vertical structures and the source of kimberlite, bluish rocks that have diamonds in them. Miners often look for kimberlite to mine diamonds. The long and arduous task of mining for diamonds takes several processes and goes through different channels, hence its high value.

Pipe mining focuses on mining for kimberlite pipes, hence its name. There are two types of pipe mining: underground and open-pit mining.

In underground mining, connected tunnels are created deep into the earth’s surface. When kimberlite ore is found, miners on the top tunnel then blast the ore to the bottom tunnel for collection. The collected ore is then transported back to the surface for processing.

Open-pit mining, on the other hand, has miners removing layers of sand and soil to reveal the kimberlite ore. The ore then is broken by blasting it. The broken ore is then transported to a facility that extracts the diamonds.

Diamonds may get washed up on beach shores and riverbeds. These diamonds came from kimberlite pipes but were moved to these shores and riverbeds due to the natural forces of water, wind, and erosion. To get the diamonds, miners put up walls or divert a river’s direction r to expose the river or ocean bed. From here, the sand and silt are transported into a facility that sifts through them for diamonds.

Marine mining involves mining for diamonds under the deep sea. Mining ships drill under the seabed using specialized techniques and tools like construction drilling to excavate diamonds. They may also have a crawler that sucks gravel from the seabed to reveal kimberlite pipes.

Currently, Namibia has the richest source of marine diamond deposits in the world. 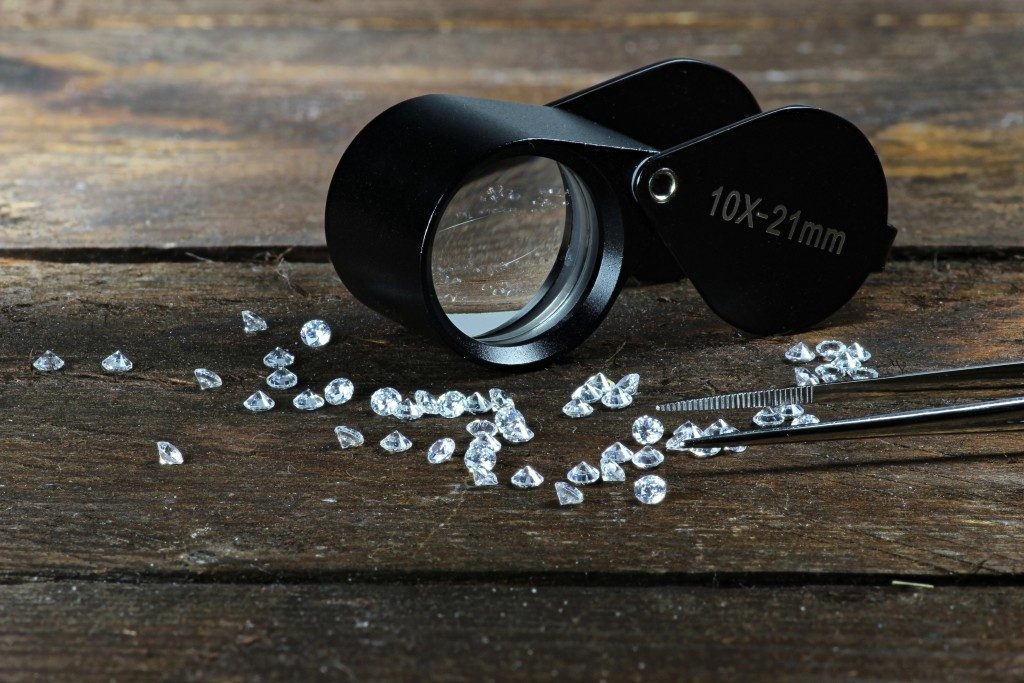 The diamonds don’t come polished and beautiful. In fact, before even becoming a gemstone, each diamond is analyzed and hand-selected before a craftsman polishes and cuts it into the diamonds we see in jewelry.

Today, there are many areas around the world where diamonds are collected. Diamonds are mostly mined in Russia, Botswana, Canada, Angola, and South Africa.

Mining diamonds is a long task from start to finish. The end result is an extremely hard substance that can be used both for industrial and aesthetic purposes.