How Does the Internet Work?

When you plug in your gadgets or log into your social media, it’s easy for you use concepts such as electricity or the internet without really finding out how it works. Billions of people around the world are on the internet, but not everyone has a real grasp on how it works.

And that’s because it’s not an easy concept to grasp, given that it involves a lot of technical terms, numbers, and other jargon everyday people wouldn’t be able to understand unless they studied it for years. In this article, I’ll try to help you explain how the internet works so that you can have a basic understanding of why your internet is slow or why a website isn’t loading.

How does the Internet Work?

The internet started as the Advanced Research Projects Agency Network in the 1960s, which was an early decentralized computer network that later became the basis for the internet. Today, it works through a packet routing network with the Internet Protocol (IP) and other kinds of protocols. 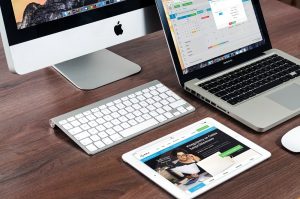 A packet is a series of fragments that have around 1000 to 3000 characters. These are independent of each other, but before they can become what’s known as data, it is split into several parts and, determined by the IP, grouped into the message that becomes the data. This may seem confusing to understand at first, but keep reading and it will seem to make more sense when put in a practical application.

Protocols are a set of rules computers follow, including how they communicate with each other; if computers do not follow, communication will not happen. The most common protocol most websites use is the IP, which states how computers should communicate with other computers by attaching a specific address (that shows up on your address bar) onto the data it sends.

The internet is made up of a large network of computers called routers that move packets from their source to a destination. It’s not a cloud of information, the way Dropbox and Google Drive are, but rather it’s a collection of computers connected by wires, cables, and radio signals.

Multiple servers (special computers) are connected to the internet, and the webpages inside the servers come from that server’s hard drive. It’s why bigger websites – such as Facebook – require huge rooms to store thousands of servers compared to smaller websites with a handful of pages.

Each server has a unique IP address. This is how computers identify and communicate with each other. However, while it’s easy for computers to remember IP addresses, it’s difficult for humans to navigate through the web by memorizing IP addresses, so they’re given the names we recognize such as Google.com and Facebook.com.

This is what happens when you use a computer to access the internet. Our computers are not used solely to go on the internet, so we can’t consider it a server since it’s not connected directly to the internet. What it is (and other regular computers) are called “clients” because they are connected to an internet service provider (ISPS) (what Verizon, AT&T, and other telecom companies are). It’s these ISPs that connect our computers to the internet via Wi-Fi, DSL, or other forms of connections.

If I want to go to a website, for example. I get on my laptop, connect to my Wi-Fi provided by the ISP, get on the internet, and type the website name associated with the website’s IP address. This helps me get to where I want to go. However, if there is a problem with my internet provider, my connection to the server breaks or loads slowly.

When you want to communicate with someone online, through email for example, you’re composing an email on the Google server (if you’re using a Gmail account), and then that email is sent from the Google server to the server where the receiver is, in this case, Yahoo. When the receiver opens their email account, the Yahoo server sends them the email to their computer, allowing you to communicate.

Whenever you send an email, video, tweet, or any file across the internet, it’s not sent as a whole, but rather as bits and pieces of a much larger object. These are what we earlier called packets, ones that computers break down before it can be sent. Have you ever tried zooming in on a photo and saw little pixels of color? Imagine your computer breaks down each pixel, sends it to the internet, and then sends it to the receiver. 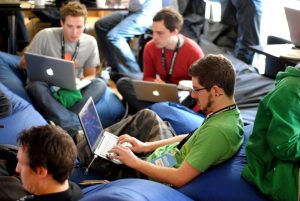 If you and other people are using the same ISP or are in the same room, it is impossible for the ISP to accidentally mix up the packets or let anyone in your ISP see what you’re browsing because nearly everything connected to the internet has its own specific IP address. Even as a client, you have your own IP address even if you and other users share the same ISP. This is to ensure that you and the serverhave a secure connection.

While it’s easy to use the internet without having to know the process behind it, it’s interesting to know even the basics of what goes behind your connection to the internet. Knowing this allows you to understand why your internet might be slow or what could be wrong when trying to access a website. Keep in mind that while it’s a long process, this is a connection that takes seconds to complete, and will only get faster and more improved as engineers find a better way to connect clients to the vast information of the internet.