How Do Smartphones Send Text Messages?

But have you ever wondered how we went from Morse code, to miles of wires, to texting with wireless smartphones? It’s easy to understand when you know a bit more about the radio waves and the equipment your text passes through within seconds just to reach the person you’re texting. Today, we’ll explain how smartphones send and receive messages and why (or why not) texting is the best option for communication.

Texting is also known as short message service or SMS. Basically, it is a form of communication where two phones can send text messages. It’s much shorter than an email, hence calling it a “short message.” The maximum size of text is around 160 characters, which is why texts longer than these tend to cost more to make. Special characters, such as the Chinese alphabet and emojis, take up more space, which is why your number of characters may decrease significantly by adding them.

The first text message ever sent was on December 3, 1992, by Engineer Neil Papworth. He typed “Merry Christmas” on a computer and sent it to the cellphone of the Vodafone director of the time, Richard Jarvis.

Traditional SMS peaked in 2011, but with the rise of apps allowing people to send texts through Wi-Fi instead of telecom services, less people are using traditional SMS.

How Do Texts Travel?

Texts travel to electromagnetic waves. To explain it very simply, right now, there are multiple waves around us. You can see light waves – or at least, it’s results – which is why you’re able to see light. Sound waves, however, are totally invisible to humans, which is why you can’t see sound bounce or pass through.

Even when you’re not using your phone, your cellphone is sending and receiving information at any given moment through these waves. These signals are sent to a network, which consist of equipment telecom companies use such as cellphone towers, antennas, transmitters, and control channels. Towers send and receive signals and are located strategically in such a way that every location has a signal. Phones use a significant part of your battery to send texts to towers, so if you are texting indoors, in a remote area with poor reception, or in a moving vehicle, you may find your battery draining faster than normal.

When you send a text, your phone sends a signal which conveys your phone, the phone you’re texting, and the message you want to send. This signal goes to the closest tower and converts to an electromagnetic impulse (a wave) and goes to a mobile switching center. If the receiver is out of range or their phone is off, it cannot make a signal to their nearest tower, so your message stays in the mobile switching center until it can locate the message receiver. Otherwise, it goes from the center to the tower, to the receiver’s phone in just a matter of seconds.

The Advantages of Texting

Since we’re in an age with more quick and efficient communication systems than any other era, we can have various preferences to which mode we use the most. For example, while I rarely text my friends because I have a WhatsApp and Facebook Messenger apps that let me talk to them for free, I use texts when I have to talk to my parents because I know they’re not always online, especially when I want a fast response. 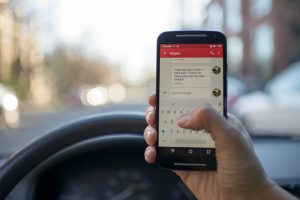 I like using text messaging when I’m in public because I get a sense of privacy since no one can listen in on my conversation. It’s also difficult to place a call when I’m in a noisy area or have poor reception, and I don’t want to have to spend a minute repeatedly asking a person if they can hear me. But when I text, it will be fast and convenient. When I’m travelling and I know I won’t be online all the time, I prefer to text and for people to text me because even if I’m out of range, any waiting message will end up on my phone.

While smartphones provide access to apps, emails, and instant messaging apps, a lot of people do not have smartphones and do not have the same amount of communication forms, so it’s a lot easier to contact them online.

The Disadvantages of Texting

That’s not to say, however, that texting has its disadvantages. For one, while the process of sending and receiving texts happen in a matter of seconds, this is not an infallible system. Reports of hackers and government agencies looking at your texts are common, which is okay as long as you’re not texting something incriminating, but if you really want your privacy, know that your texts (like any other form of communication) can be compromised. 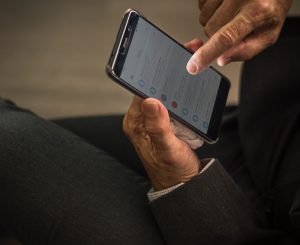 Because control channels are an important part of the chain, you’re relying on this equipment to get your text through. If your receiver isn’t on the signal for days and accumulated many texts on the channel by the time they’re back on the grid, some errors may prevent your text from being received.

Despite all the new communication apps and smartphone features, all these innovations stemmed from the text message. It’s why, despite all these new products, many of us keep going back to it despite the added cost. And while it does have its shortcomings, its convenient and simple features still make it one of the go-to telecom services in the market.