Getting your kids to stop playing with their gadgets before they sleep can be difficult. But did you know that there’s a compelling reason why you need to do it?

The blue light that these gadgets emit on their screens can halt the production of melatonin in a person’s body. Melatonin is a sleep-inducing hormone that is important for regulating a person’s sleeping habits. Without it, a person’s circadian rhythm or body clock can be negatively impacted.

The inadequate production of melatonin mostly affects teens whose body clocks are already shifting regularly, causing them to stay up late every night. But the same applies for babies, not just for adults and teenagers!

Why blue light can be a problem

Blue light has a low wavelength compared to other types of light. This is what is affecting the level of melatonin production on your body. Aside from gadgets, you can also get exposed to it through your LED lights as well as fluorescent bulbs.

Typically, the pineal gland found in a person’s brain produces melatonin a couple of hours before a person goes to sleep. Then, its production reaches its height right in the middle of the night. When people use gadgets to read in the evening, there’s a higher tendency that it’ll take them a while to feel sleepy.

Any device that emits blue light does the same thing to a person’s body. Additionally, people who use gadgets before going to bed have fewer hours of REM (rapid eye movement) sleep, which is the state of sleep where dreams often happen. They also feel sleepy even after having a complete eight hours of rest, too. 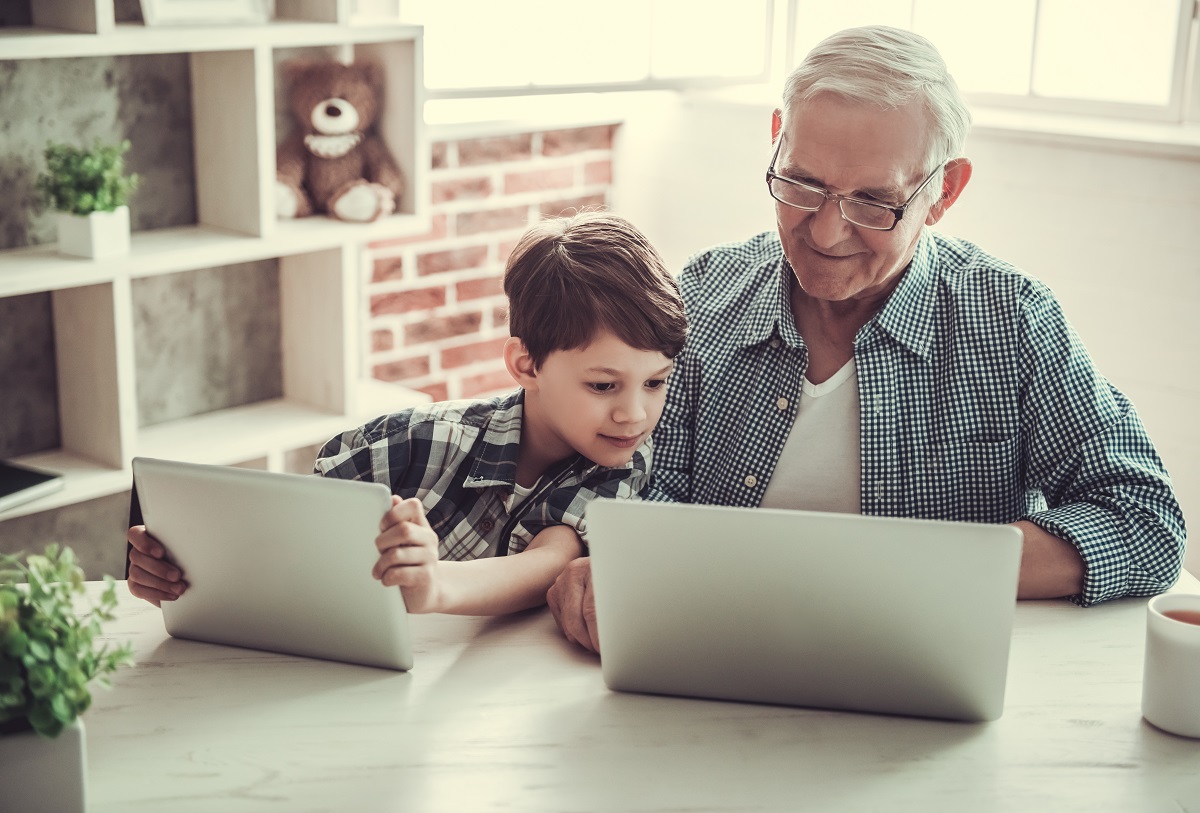 Protect your kids from blue light

Although having a minky weighted blanket can give your child a good night’s sleep, protecting them from blue light before going to bed can make their sleep quality even better. Fortunately, there are a few ways that can help you shield them from its effects.

One way to do it is by using red lights instead of blue lights for their night light. That’s because red light has the least effect on a person’s circadian rhythm compared to the rest of the lights on the spectrum.

Imposing a digital curfew can help, too. Let your kids know that they need to turn off electronic devices like their phones and tablets at least an hour before going to sleep. If it’s not possible, then it’s best to tell them to dim the brightness of their devices to reduce the emission of blue light. You can also install an app that can warm the colors on their devices, too. Some devices already have this feature built in as the “night mode” or “eye protecting mode”.

It’s also best to let you and your kids get exposed to bright light during the day. Experts say that getting exposed to it can help improve your sleeping habits. Even more, it can also boost your mood as well as your alertness, too.

Getting good sleep every night is crucial, especially when it comes to your child’s development. So, try to create a conducive sleeping environment for them. See to it that they’re aware of the effects of going to sleep with their gadgets on so that they’ll understand the implications of using them at that time!