Do Cellphones Cause Cancer?

There’s a lot of claims about what causes cancer, one of which is cellphone use. Some people say that using your cellphone too much, keeping it close to you at all times, and sleeping with it close to your head may slowly destroy your DNA and cause cancer. While some people point out the fact that there is no hard evidence to back this claim, the truth is that there have already been studies about cellphones and radiation. And while there’s no hard evidence to claim cellphones cause cancer, studies also show it’s not totally safe to always keep your phone with you.

Can Cellphones Cause Cancer?

With over 400 million cellphone subscribers and five billion cellphone users around the world, nearly the entire population is at risk of cancer. And with the average time of calls and the average number of texts growing over time, more and more people are clinging onto their phones, especially in the United States. 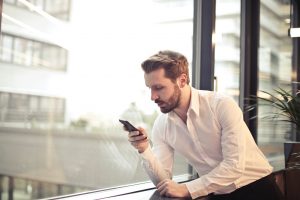 Exposure to ionizing radiation is known to cause cancer. That’s why we’re only recommended to take x-rays every six months, so that the radiation doesn’t build up in your body. However, many new studies are examining the health effects of non-ionizing radiation, which you can find in gadgets such as radars, microwave ovens, and cellphones. While tests are inconclusive and shows no risk in non-ionizing radiation, there’s not enough evidence to say for sure that this increases the risk of cancer in humans.

However, we can’t deny that cellphones have a heating effect on our bodies, but this is not enough evidence. Generally, everyone’s cellphone usage habits vary, so there are different factors that determine how much radiation a person is exposed to.

Can Cellphones Cause Tumors

Because cellphones are held near the head, some researchers believe cellphones trigger tumors, especially brain tumors. However, these studies have mixed results: while there’s not enough evidence to link cellphone use to tumors, it’s worth noting that in most studies, tumors were more likely to appear in the side of the head where people were most likely to put their phone to their ear when taking a call.

A research group in Sweden even found that people who made calls frequently for 10 years or more found that people were more likely to develop tumors from that side. However, because this was the only study that showed these results, it was unable to be used as definitive proof against cellphones.

Apart from cancer, cellphones may cause other health problems. For example, its radio waves could interfere with some health devices such as heart pacemakers. While it should not disrupt a person’s equipment, according to the FDA, more people are taking caution and keeping their phones away from their equipment. There is also the increase risk of car accidents due to distracted driving from cellphones. This may have lasting injuries or cause fatal vehicle accidents. 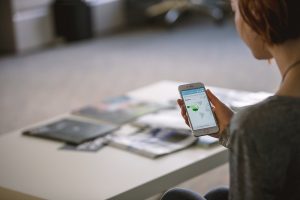 Within younger phone users, there may be some neurological and brain effects of being exposed to a phone at an early age. While some studies convince parents to take phones away from their children, studies that show the effect of memory, learning, and cognitive function on children have relatively inconsistent results.

Further studies may look at the long-term effects of cellphones and diseases, not limited to cancer.

Whether or not the findings are true, more people would want to be safe than sorry. The FDA suggests some steps to reduce people’s exposure to radiofrequency radiation. For one, people should be willing to reduce their cellphone use. Using a landline is a radiation-free form of communication, and to avoid making calls on a cellphone, people should use a landline instead.

Second, cellphone users may want to consider using hands-free technology. Using wired headsets or Bluetooth earpieces keep the phone away from a user’s head as much as possible. By generally keeping your phone away from your body, you can decrease the risk of radiation on your body. Also, unless you’re driving or walking in public, choose to text instead of exposing your head to your phone during calls.

Parents may want to limit their children’s cellphone use. Children who are given phones unsupervised may be more likely to develop a dependency and addiction to it when they grow older. Supervision limits their time with the phone and teaches responsible usage. Allow them to use their phones only for brief conversations or when a phone is unavailable.

Finally, when choosing a phone, you can pick one with a low SAR value. The amount of radio waves a phone produces depends on the type of phone. However, according to the FCC, this may not always be an indication of high or low exposure to radio waves, given determining factors such as how long a person uses their phone, however, it is a good step towards maintaining low radiation exposure.

There is enough evidence to suggest radiation and cellphones, but not enough to definitively link cellphones and cancer. Since health organizations cannot warn against cellphones without strong evidence from scientific studies, the best they can do is caution people from being stuck to their phones the entire day, something that should apply to everyone.